Secrets of Seattle's 7 Hills with David B. Williams

Early Seattleites often liked to boast that their city was built on seven hills, just like ancient Rome. Many still hold on to this idea, though of the original seven, two have been replaced and one has been excised through regrading. What are the remaining hilly heptad? How did they get their names? What is their human and natural history? All will be explained in this program by local author, David B. Williams.

Photo Credit: Seven Hills of Seattle - From “When Seattle Was a Village” by Sophie Frye Bass, 1947 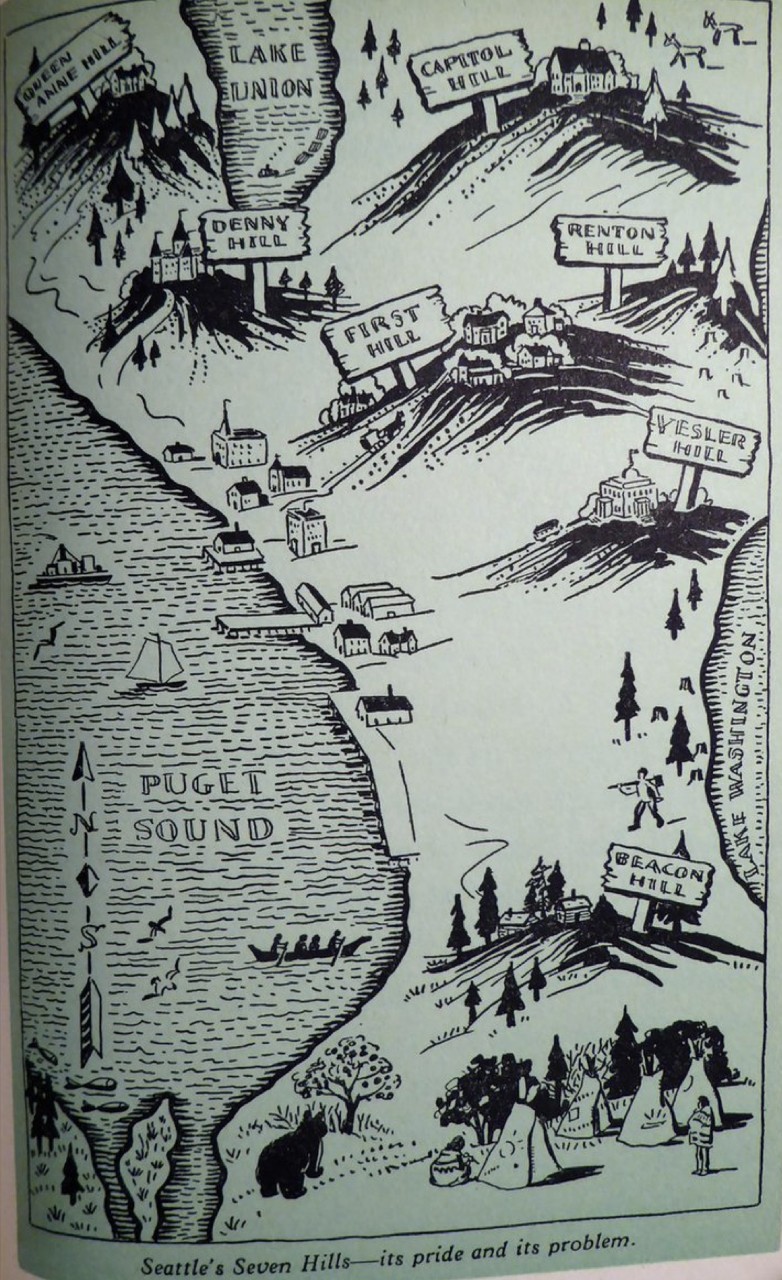